Due to the geography of the island as can be seen from the illustration above, the vast majority of the vineyards are relatively small in size. There are however some experiments with automating production by creating larger vineyards. Vineyards can be found from sea level up to an altitude of 800 meters, perched in small terraces known as “poios”. So as to maximize the use of land, it was very common in the past to find grapes planted in pergola – or “latada”, as it is commonly known in Madeira – with vegetables planted at ground level.

A levada walk will prove to offer an excellent insight into Madeiran agricultural practice, as well as working up an appetite.

Madeira has a rich and diverse terroir. The island of Madeira is in the Atlantic Ocean several hundred miles off the African coast. Many of the vineyards are exposed to the ocean breeze, this is especially noticeable on the north facing coast of the island around the small town of Seixal – from where some of the best Sercial grapes come from and these grapes from vineyards planted at lower levels can show a distinct salty tang.

The soils are rich in mineral, iron and phosphor, which all contribute to the trademark acidity of the wine, but unfortunately make it more of a challenge for growing red table wines, with the terroir dominating the grape varieties.

The grapes are traditionally harvested by hand. The harvest commences on the 15th of August and lasts into November, making this probably the longest vintage in the world. This reflects the unique landscape that makes up Madeira, with wines at sea level ripening first, and those higher up on the islands terraces ripening later. Growers usually sell their grapes directly to the producers. The Madeira wine festival takes place either the last week in August or the first week in September.

The wine festival week is held in Funchal at this time of the year. It a great week to visit the island with almost all of the producers attending the wine  festival in downtown Funchal and therefore proves a great opportunity to taste a wide range of Madeira wines, enjoy the street food and watch the singing and dancing that accompanies the festival.

Here you can taste the results of hundreds or years of experience in making Madeira wine.

The grapes are graded for quality and gently processed into wine juice ready for fermentation. The fermentation today takes place in large stainless steel tanks. Each producer (and for each grape variety) has differing treatment processes. Fermentation relies on the natural yeasts found in the grapes and environment.

Fermentation is ended by fortification of the wine using 96% grape spirit. The wine will now be at 17% to 18% alcohol by volume (abv).  After a final filtering process the wine is ready for the aging process….where the magic takes place that makes Madeira wines so wonderfully unique.

The whole production process of making Madeira wine is now closely regulated by IVBAM  and along with significant investments in plant and equipment Madeira wines produced from the 1990’s onwards are of much higher quality than in previous decades.

It is the process that ages Madeira wine (even for only 3 years) that makes Madeira wine which is the very essence of why this wine is so different. The process is one of oxidisation – the gentle warming of the wine caramelising the sugars and delivering a high level of acidity that creates the style and ensures that the wine has an amazing life….even if the bottle is opened.

As we discussed the happy accident that led to the discovery that the wines of Madeira were much improved by heating the wines gently in the sun on long voyages, well this process has been replicated on the island …..but in a number of ways.

The noble grapes bottlings (Sercial, Verdelho, Bual and Malmsey) are most likely to have been produced using this process for the last 20 years or more. With older wines the methods of production cannot be quite guaranteed.

In the 19th century, as Madeira wines achieved even greater popularity across Europe and North America new methods of maturation emerged: wines were poured into large kettle tanks known as literally as “cubas de calor”.  Steam pipes are used to heat the kettles gently, thereby replicating the maturation process, and reducing the maturation time to produce Madeira wine. 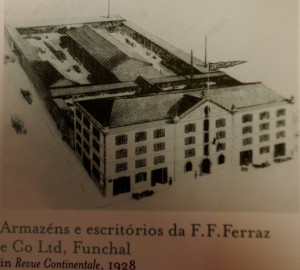 An alternative to the cubas de calor was the heated room, known as the “armazemes de calor” where the Madeira wine still residing in barrels are matured.This method has now died out, though the warming of maturation warehouses by solar panels is arriving at Justino’s.

The two latter processes are typically used to produce the younger wines, and the wines from the tinta negra grape.

This production or maturation process using heat to produce these cooked oxidised delightfully tasting wines is known as the “Estufagem” process…… estufa meaning “hot house”. The image above shows the chimneys at this Madeira wine producer.

In the ‘estufa’ tanks the wines undergo a cyclic heating and cooling process between 45°C and 50°C over a period of 3 months. Different bottles follow slightly differing regimes.

The Wines are  then aged in wood for several years after the estufagem process as the youngest Madeira wine must be aged for a minimum of 3 years.

You can understand the differing styles and denominations of Madeira wines by reading the labels and looking at the grape styles.

Madeira wines are differentiated by both methods of production and grape styles. While never crunchingly dry, Madeira makes dryer styles of wine as well as the luscious sweet wines it is more famous for.

The grape used…one of the noble grapes will tell you the style of the wine.The grape styles that go to give Madeira wine its unique flavour and taste are Sercial,Verdelho, Bual and Malmsey and it is great to see Terrantez making a come back.

There are the producers of Madeira wines on the island at present, but the plethora of labels and brands available tells you that there were once a lot more. 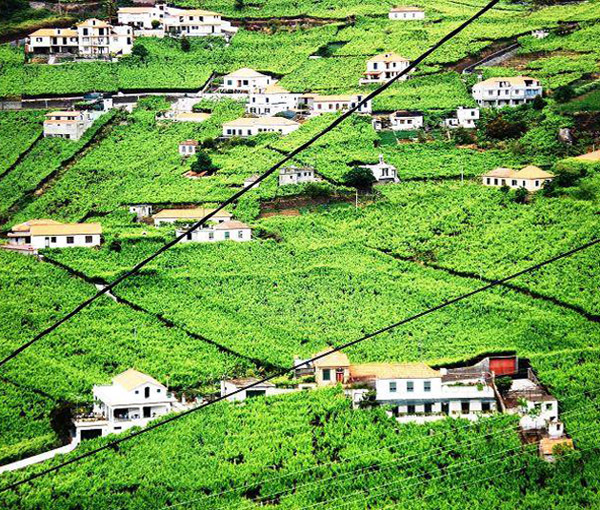