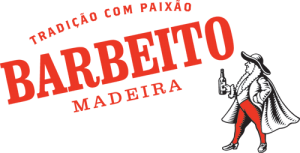 Sadly no longer having a dedicated retail outlet or lodge in Funchal, a visit to Barbeito requires a trip to Camara de Lobos.

While a relative youngster, founded in 1946, Barbeito wines are very highly regarded, especially in Japan, as it has partnership with a major Japanese company Kinoshita which accounts for over 70% of Barbeito’s sales.

Barbeito wines are found widely in Madeira and at the airport. Indeed such is the renown of Barbeito that they supply Fortnum and Mason and Berry Bothers and Rudd, the UK’s oldest wine merchant.

Barbeito also produces the wonderfully named US Rare Wines Historic series with such wonderfully evocatively named wines as Boston Bual, Charleston Sercial, New York Malmsey and Savannah Verdelho. If you see a New Orleans Medium dry….in this Rare wine series this is a blend of Terrantez and Old Tinta Negra which is quite imaginative and worthy of serious consideration.

Barbeito are regular exhibitors at the wine festival in Funchal usually late August or early September, and I take the opportunity to order a bottle of their excellent 10 year old Sercial –  which is all things wonderful.

It is often possible that organised tours will call at the Barbeito tasting rooms, and if you engage a taxi to tour the western part of Madeira, Camara de Lobos and this winery is are en-route.

One to try and buy: Barbeito 10 year Sercial, simply one of the very best wines